A Day at the Farmers Market 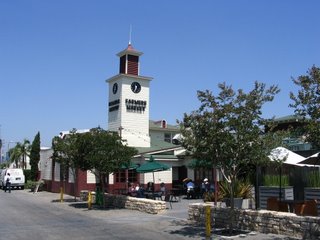 One of my favorite places in Los Angeles is Farmer's Market on Fairfax Avenue. It's like a little oasis right in the middle of the city. Today, I had two doctor appointments which were several hours apart, so I decided to spend the middle time at Farmer's Market.

[Don't forget to click on the photos to see them in full detail!] 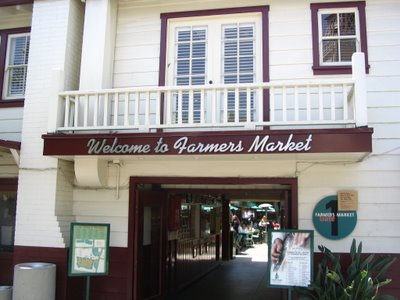 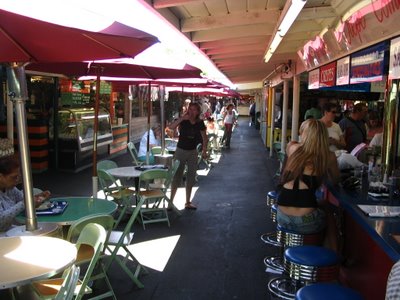 Created in the '30s, they say it's where Walt Disney sat when he designed Disneyland and it was popular with stars like James Dean. The entire place feels deliciously old fashioned with lots of items that date back decades. When it was created, it featured mostly farmers bringing their goods for people to buy. But in the years, it grew into an open air courtyard with shade trees and lots of specialty diners, candy stores, a place the grinds its own peanut butter, a place that makes its own ice cream, and most fun of all, just about every kind of international food you can name -- NONE of which is a chain store. At the falafel place where I had a chicken kebab, the ladies were speaking some kind of middle eastern language and you could tell it was family owned. There was a Russian place, a Thai, Cambodian, Greek, pizza, French, Mexican... everything. All of it steamy fresh and delicious. 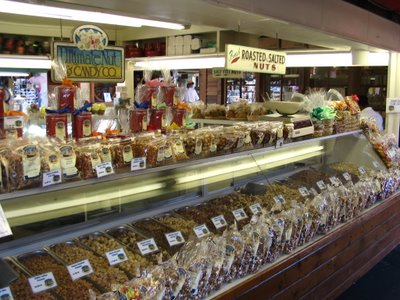 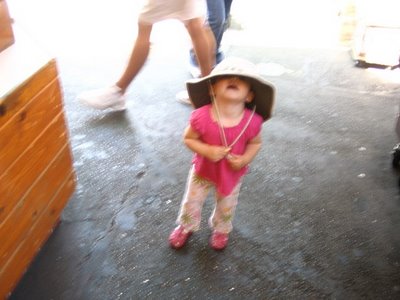 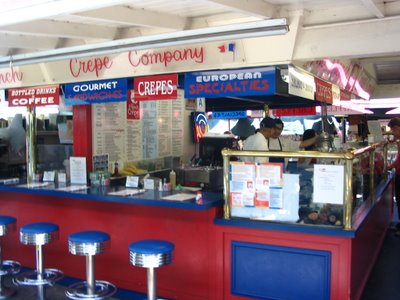 Below is where I had my chicken kebab. Moishe's! 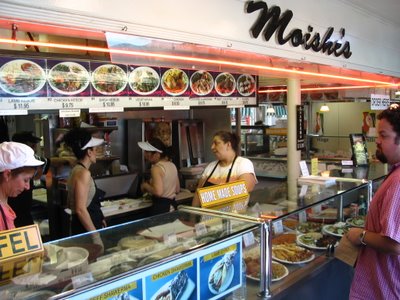 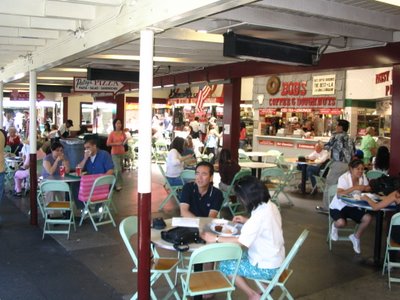 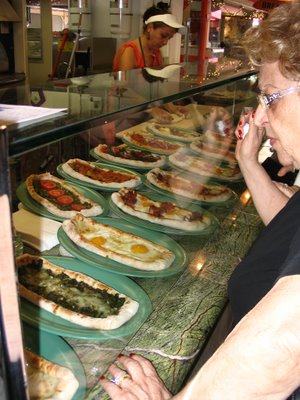 I loved this kid's bored facial expression selling ice cream. Even when he saw me shooting this picture, he maintained the look: 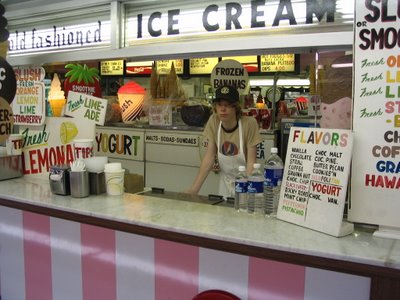 I love this old gas station with its original emblems intact. 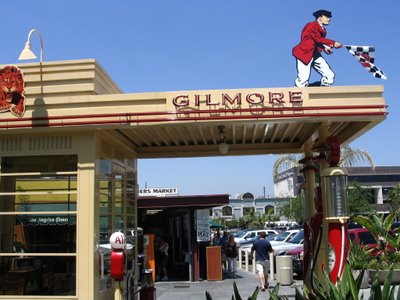 Behind the Farmers Market there is a new shopping center, mostly for tourists, called The Grove. It has a beautiful fountain and grassy oasis, and is surrounded by high priced chain stores and a big movie theatre. It used to be nothing but a parking lot. 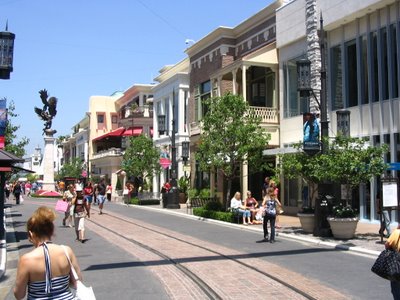 A marionette show was about to start: 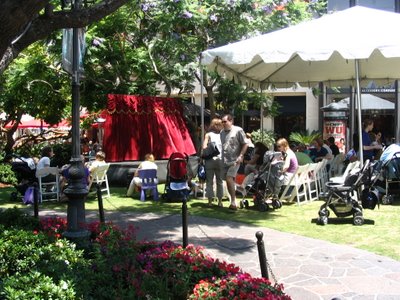 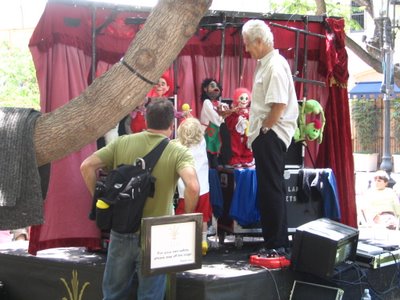 Abercrombie & Fitch always has nice window displays, but their clothing makes no sense to me. Anytime I've been in there, all the shirts and pants are wrinkled beyond recognition and frayed around the edges. The only difference between their clothes and Goodwill is at Goodwill, the torn-up wrinkled, stained jeans don't cost $300. 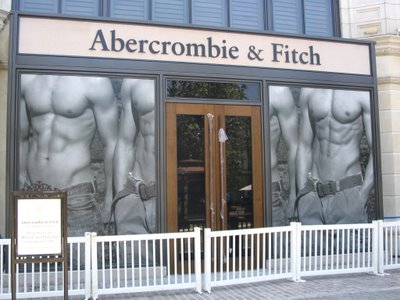 I love the little fountain area. 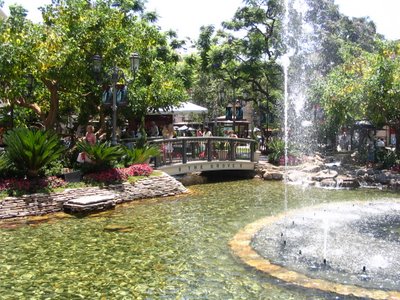 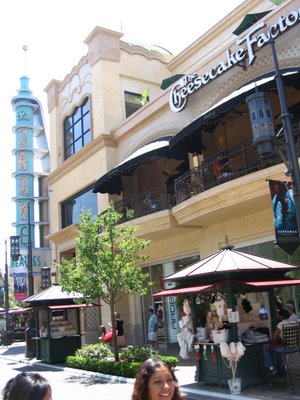 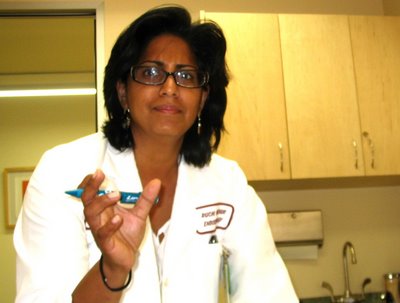 I had a great report today from my endocrinologist, Dr. Ruchi. I told her that I had been running again faithfully every morning at least a half hour. She said my blood glucose level had gone back down into "normal" range and that she had never met anyone whose body responded so sensitively to exercise.

So, it was a nice day. The sun was out, there was a nice breeze blowing through the Farmers Market, I had a great lunch and I got a good report from my doctor. After posting the story this morning about the boy from Kenya who was hacked to death by his uncle, it made me appreciate my life and realized that, even with AIDS, I'm a very lucky and fortunate man.

Wow! I will be sure to visit the farmers market next time I come to LA.
YAYYYYYYYY on the good Doc report!
Keep on running! You've inspired me , I gotta get back to my excercise routine.

This was priceless. Thanks Steve.

that place sounds absolutely wonderful. :) I am so happy to have family that like the same kind of things that I like,