It was during our run in Norwich on GLBT night that several teenagers crowded around Jimmy and me in the lobby begging us to come and visit their high school Gay Straight Alliance. After speaking with their sponsor, Chuck Lynch, we set a date for the last Friday of our run. They really loved The Big Voice and felt we could have a strong, positive impact on the students there. Since I love speaking to students, we quickly said, "YES!" of course. When it came around, though, to making the appearance, Jim was feeling a cold coming on, or something. He was really nauseous that morning, so I told him to just stay in bed. It was actually cold and rainy, so we didn't want to chance him being sick on our last two performances.

Norwich Free Academy is a school with a long and interesting history. I met Chuck a little bit early because he said he had something he wanted to show me. 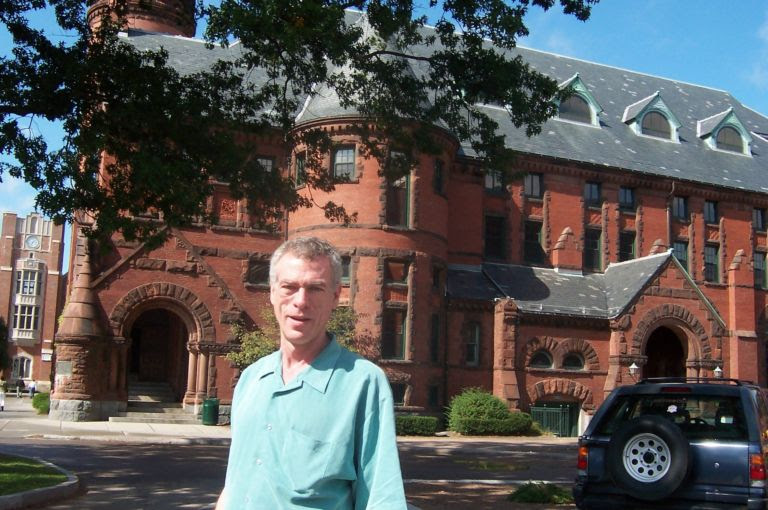 Norwich Free Academy has the world's largest collection of plaster casts of famous statues in the world. During the Victorian era, before photography, art lovers from America (and, presumably, elsewhere) would fly to the great art capitals of Europe and make plaster casts of the world's greatest statues. So, here in this high school is a beautiful museum containing all these masterpieces. It's really stunning to walk into this room.

I didn't take these photos, by the way. They are on the NFA museum site, but I couldn't resist displaying a few of them. The room was a bit dark for the camera we were using and flash photography wasn't allowed. 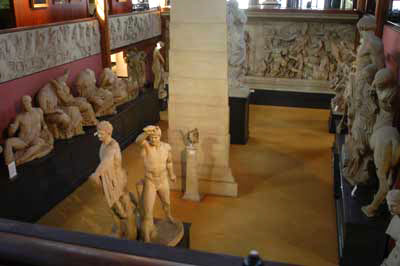 Chuck pointed out that the naked statues all have these horrible fig leafs over the genitals because, he said, "After all, it was the Victorian era." It didn't really matter, though. What a treasure. If you're even in Connecticut, I strongly recommend a visit. There are most exhibits besides just the statues, by the way.

We made our way to the meeting room and they brought in a little keyboard. Being a jerk that I am, I protested the situation and asked if there might be a full piano we could use. Chuck was kind enough to find us a music room, so we all piled into that. I was surprised at how large this GSA is. They told me that it's actually even larger, but that because the buses run early on Friday, a lot of the kids didn't have a ride home if they stayed too long.

I began my talk by explaining how this meeting, 50 years ago, would have been illegal. That, assuming it was even held, it would have been in some dingy basement with guards at the door in case the cops came in to break it up. 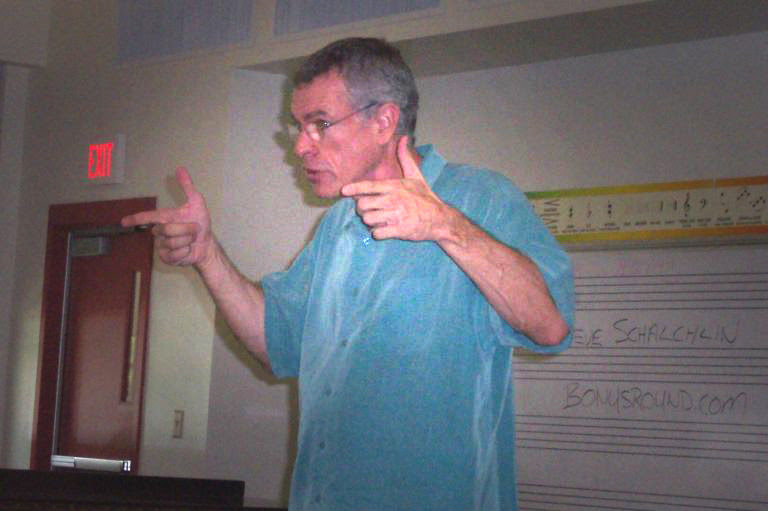 I also sang a few songs from The Last Session, talked to them about AIDS and protecting themselves, asked them a few questions about coming out to friends and family -- some were totally out; some still were struggling; some of them have family that simply don't want to talk about it -- and reminded them that freedom is not something we can take for granted. That the generations before us fought to bring us to this point where we could just sit in a room together. 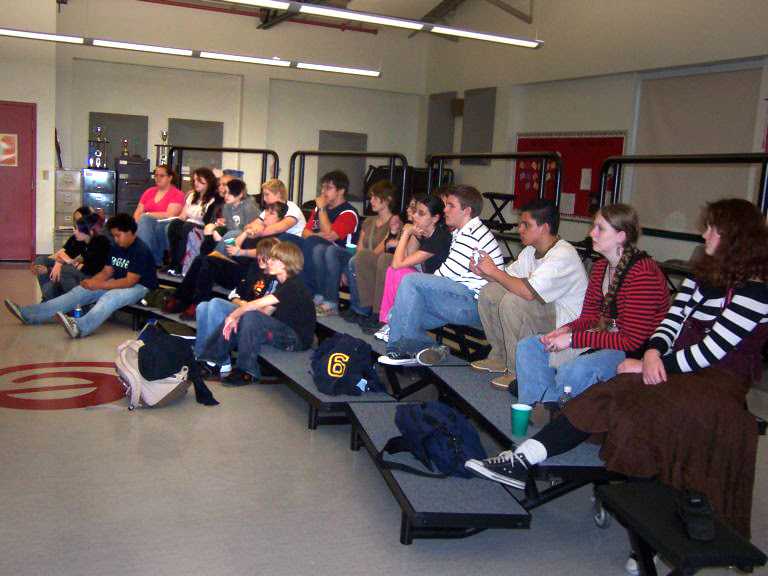 I told them about the incident at California Hall in San Francisco back before Stonewall, where the police raided a dance being held by a coalition of friendly church groups wanting to help promote human rights and education for gay and lesbian people. 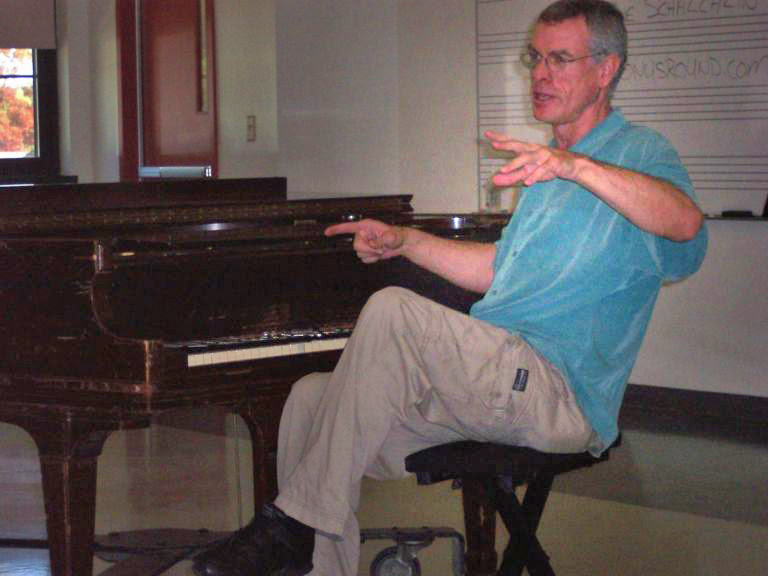 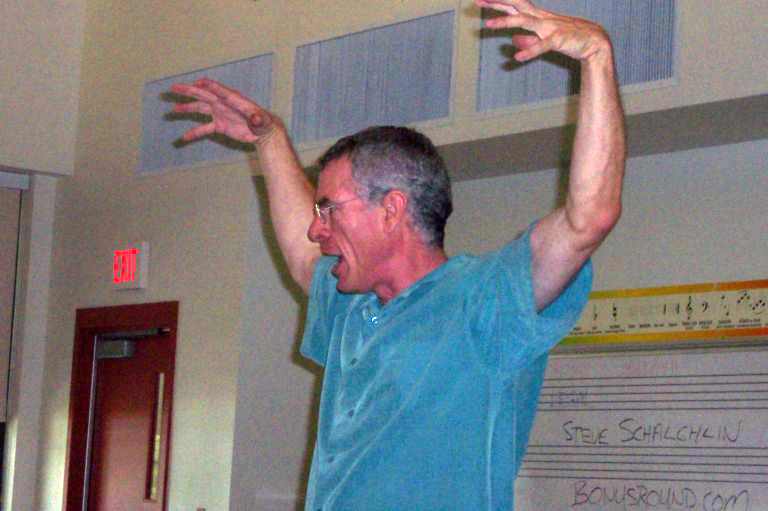 It was amazing to watch their faces as they learned how, before every election, the police would pull paddy wagons up to any bar they thought might be gay and just load everyone in, arresting them on a morals charge. 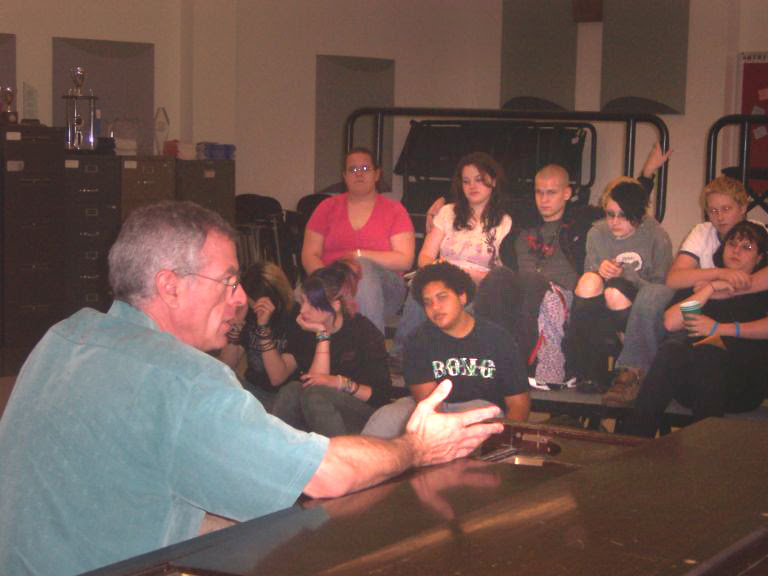 I emphasized, "We have a history. We are a people. Many of the greatest artists, writers, physicians, scientists, ministers, athletes and musicians have been gay, lesbian, bisexual or transgender. You owe it to yourself to learn about our history and to realize that right now, out there in this country, there are powerful political forces who want to roll back the clock and stick us back in the closet or in jails. Learn your history and be proud of who you are." 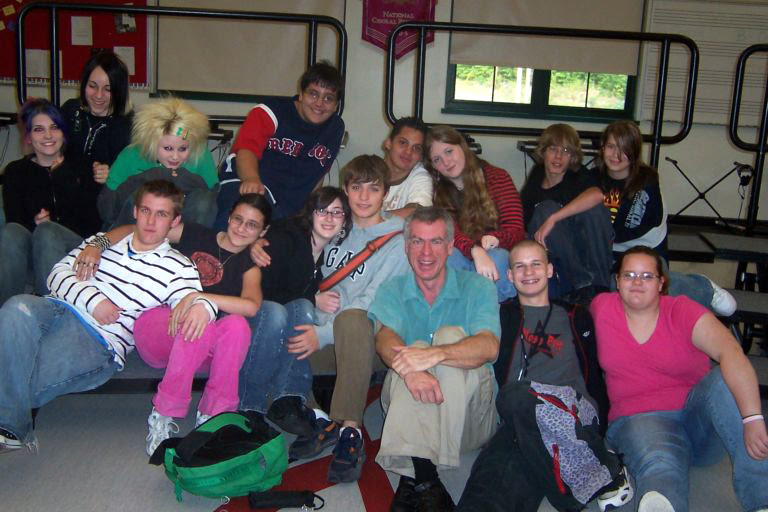 By the time it was over, we posed for a group shot and there were hugs all around. I keep reminding myself that this kind of a group was not available to me as a high school student -- and it SURELY wasn't available at my Baptist College (and still isn't). The ignorance and religious-based bigotry still abounds in this country and, in fact, grows every year in backlash to every stride we make forward.

But I also keep reminding myself that we aren't really asking for much. All we want is to live our lives with integrity, live openly and freely with the person we love, and have the same chances for jobs, homes and family afforded to every heterosexual who is granted these rights for merely being born. Yes, we still have a long road ahead of us, but with groups like this forming and meeting out in the open in schools all across America, this change can and will happen.

omg!! i feel soooo special to be on your blog!!! *hug* im glad you got to come to our gsa and i just wish more of our club would visit this site to see themselves on it!

Hey Steve! I'm so glad you came to our GSA and I hope to see you again soon! I had tons of fun! Thanks again!